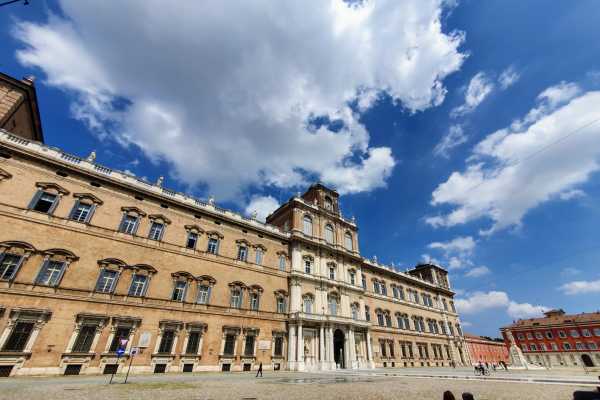 Roman architect Bartolomeo Avanzini designed the Palazzo Ducale, whose construction began in 1634. The Palazzo housed the Este Court for more than two centuries and is today the headquarters of the Italian Military Academy. A majestic stairway climbs upward from the Honor Court to a loggia that leads to three “apartments”: the “Apartment of the Princes,” the “Private Apartment” (site of the Military Academy’s museum), and the “State Apartment,” which contains frescoes and portraits of the Este family. The most spectacular rooms are the vast, elegant Hall of Honor, the “Sala dello Stringa” and the 18th-century Golden Salon, where it is believed Duke Francis IV signed the death sentence of Ciro Menotti, the leader of an unsuccessful 1831 rebellion against Austrian dominance. 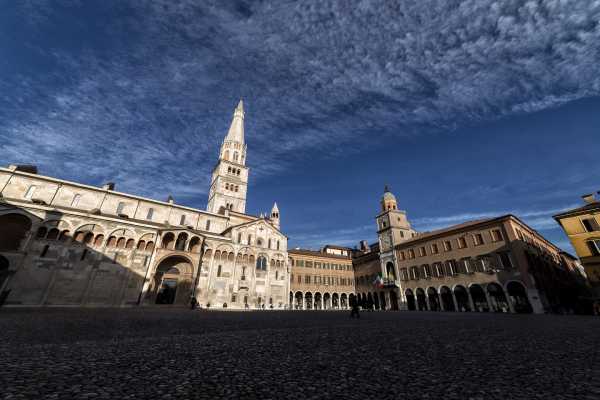 Discover the old city center of Modena with a local guide. You'll visit the Unesco site: Cathedral, Ghirlandina Tower (Exterior) and Piazza Grande, the historic rooms inside the townhall, Piazza Roma and the exterior of the Ducal Palace